One of the most beautiful and clean seas of Italy is in Apulia. In 2017 the FEE, Foundation for Environmental Education Organization, rewarded eleven Apulia’s beaches for the crystalline and clean water. Salento’s territory won four blue flags (this is the name of the prize) for the marinas of Castro, Melpignano, Otranto and Salve.

A crystalline sea that, by color and transparency, is comparable to the Caribbean seas, while its reefs are very similar to the jagged coasts of Ireland and Australia. With over 70 km of coasts Salento’s territory overlooks two seas: the Ionio Sea and the Adriatic Sea. White and finely sandy beaches alternate with rocky cliffs of stone and tuff, from which the bravest “Salentini” dive in.
These are some of the most famous beaches:
Ionio sea
Porto Cesareo
Marina di Pescoluse
Punta della Suina
Torre San Giovanni
Adriatico sea
Frassanito
Laghi Alimini
Baia dei Turchi
Otranto
Torre dell’Orso
Castro 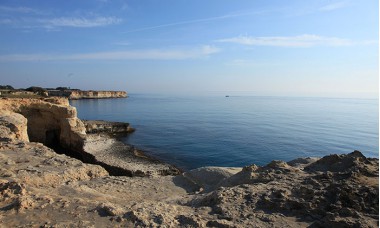 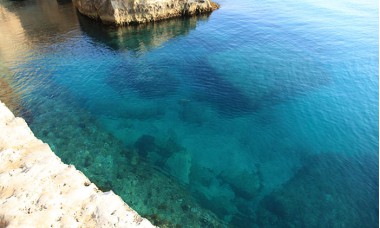 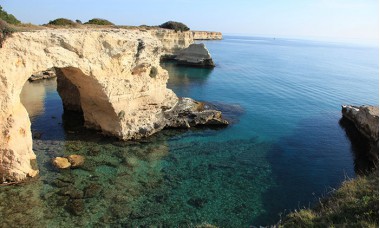 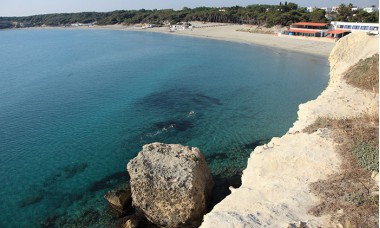