Menhir and Dolmen are mysterious monolith monuments, witnesses of the megalithic civilization, an atavistic society that expressed through these monuments the worship of the Divine Creator. Dolmen and Menhir are massive stone structures, equal to those found in Cornwall, Brittany, England, Portugal, Belgium, Ireland (the most famous site is Stonehenge). Often placed along the direction of the solar rays and over the leylines of the Earth, these monolith monuments were probably used in sacred rituals performed during equinoxes and solstices, when cosmic and earthly cycles changes. Salento’s territory is the only Italian area where there are over 40 Dolmen and Menhir. The “Teofilo's Mehnir", located in Martano, with its 4.70 mt is the highest in all Italy.

In Martano village there is also another stone monument called “Specchia dei Mori”. A mysterious stone building typical of the prehistoric Era. The “Specchia dei Mori” is a cumulus of stones 30mt wide and 10m high. Very little is known about the reasons of its realization. It was certainly used as a sighting station during the pirate incursions of the Middle Ages. 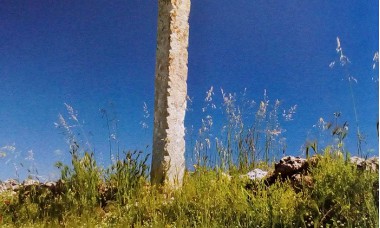 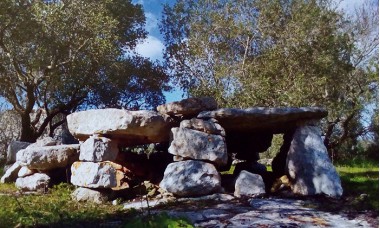