During the spring and summer season there is an explosion of music in Apulia: folk music, reggae, rock, pop etc. In this period of the year Salento become an open-air stage where internationally renowned artists and local groups alternates. Concerts, theatrical performances, folk dance, performances of all kinds enrich the nightlife of the entire Salento territory. The party is the true protagonist of the Salento summer. What is happening nowadays has deep cultural roots, anchored to the Greek Origins of Salento’s culture. 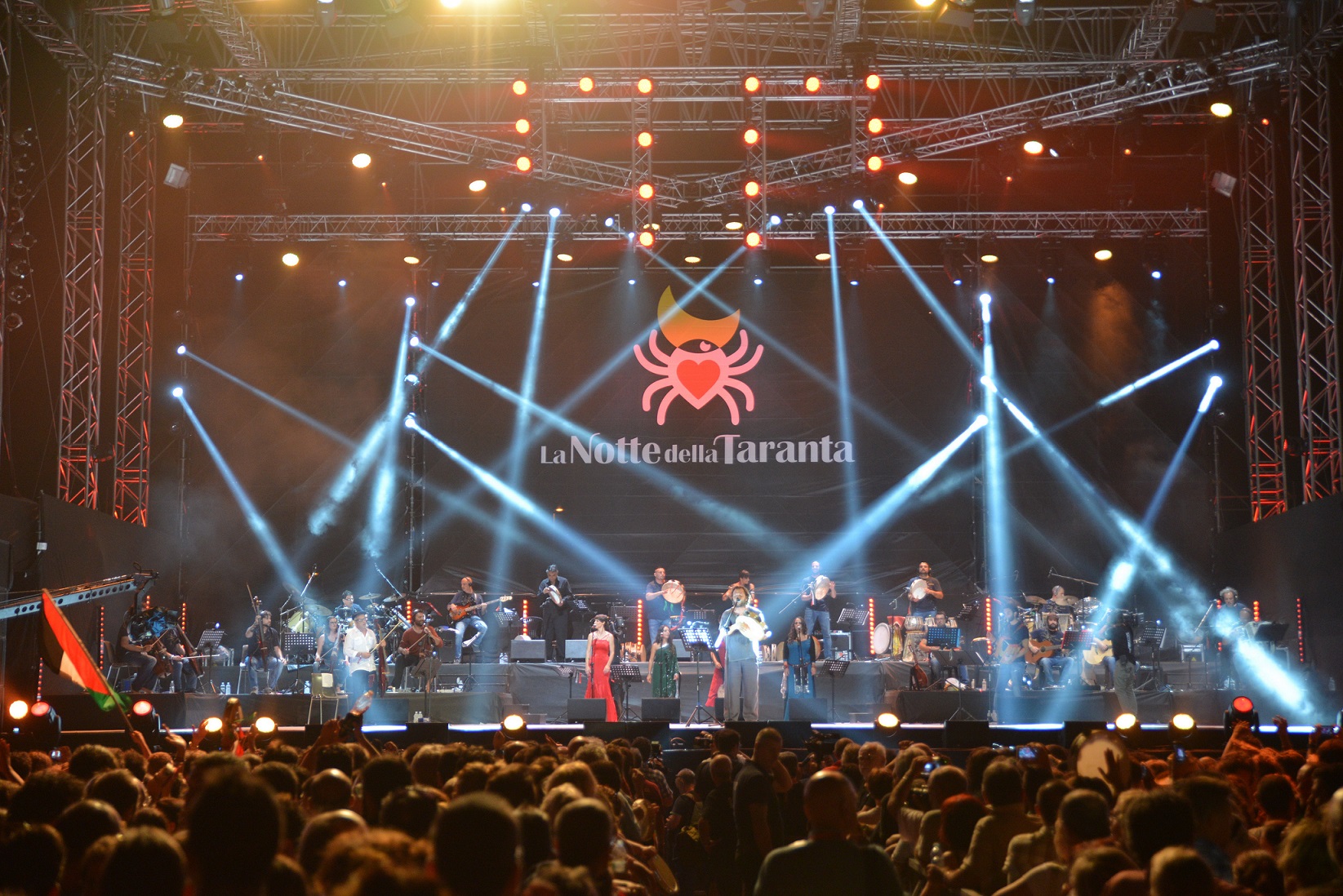 The singing in Griko language accompanied the productive cycles of the rural communities of Salento. These ancient rituals was performed to outlined the various phases of life’s cycles. They have been handed down to these days through an exclusively oral tradition. Particularly in Salento’s folk music, the song of the "strina" (that today we find in Pizzica music) is an ancient pagan song accompanied by rituals for the new year's rebirth. Other popular songs have love as themes in its various manifestations. They were sung by the singers called "cantori" during work in fields and had the goal of interrupting the monotony of work, strengthening the spirit. 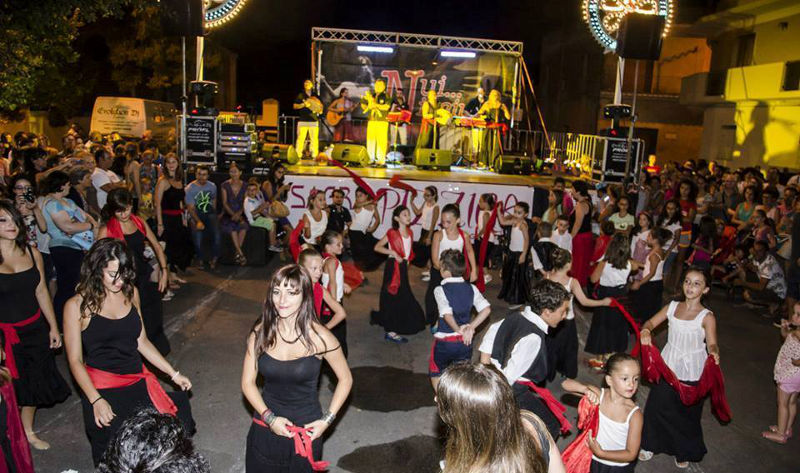 The protagonist of the rhythm that accompanies these folk songs is the sound of the tambourine, which still today joins old and young people in the "ronda", a sacred circle that spontaneously was created in the “Masserie” (name for the typical Apulia’s farmhouses) at the end of hard work hours. The ancestral beats that followed the rhythm of the Earth, sanctioned in the circle unions, pairs, fights, healings. Dance, griko, tambourine, party, courtship are the fundamental elements of these mystical tantric rite, cultivated by Salento’s people since long time. In Torre Paduli (Ruffano - Lecce) during the St. Nicholas catholic feast, on August 15th, it is still possible to attend the ritual of “ronda” and the “Battaglia dei Coltelli” (knife battle). 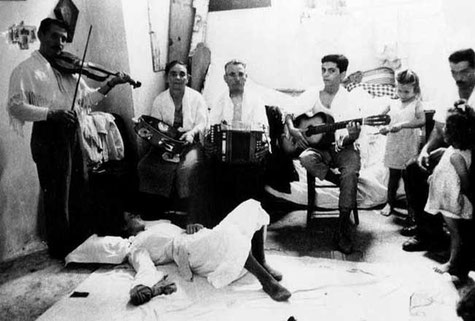 Pizzica is the traditional folk music and dance performed in Apulia. During the 80’s, thanks to a renewed interest for the “Tarantismo”, Pizzica folk music have come back to the fore, as a popular music movement. The cradle of Tarantismo is Galatina, a country belonging to the ancient territory of Grecìa Salentina. The Tarantismo is an anthropological phenomenon of mystical-magical nature. A magic ritual that through the rhythm of the tambourine and the guidance of singers had the goal of healing women and men that during the hard work in the fields, said to be pinched by the bite of a poisonous spider named Taranta. The “pizzicate" and the “pizzicati”, so called those pinched by Tarantula, according to the ancient tradition, they were healed by a purification ritual within a sacred circle of musicians and singers. Dressed in a long white tunic, the “pizzicate”, for most women, after many hours dancing at the rhythm of the tambourines, went into a trance state that accompanied them into a healing journey allowing the spider poison to be released faster. After this ritual that could last hours and days, they were led to the Church of Saints Peter and Paul of Galatina where the Catholic rite was held for their blessing. Sacred and profane, freedom and oppression, ecstasy and misery mix in Tarantismo. This cultural phenomenon is considered anthropologically a reaction of women to the oppression of the patriarchy. The ritual was a cathartic liberation, a recall of the body, a re-connection to the Earth for the feminine natural energy.
From the women comes the tambourine tool, forged by the agricultural tool, the wheat sieve. Women were the earliest drummers.