Martano is considered the capital of Grecìa Salentina, is the largest village, indeed.
The oldest part of Martano is one of the most interesting ancient centers of Salento’s territory for its excellent conservation status. The human presence in the territory of Martano is very ancient, as evidenced by the presence of some Menhir (intact the Theophilus) and the presence of the “Specchia dei Mori”. Martano was probably inhabited since prehistoric times. The monument called “Specchia dei Mori” dates back to that time, as the “Menhir of the Theophilus” which is considered a sacred monument dedicated to ancient spiritual rituals of the Japigie population, at the beginning of the Iron Age (IX BC). In the Middle Ages Martano was inhabited by colonists transferred from the Est. Martano received so much Greek influence that the ancient Greek language called “Griko” tighter with many Greek rites remained until 600. In Martano you can hear people speaking in Griko. Every old family of Martano is known by the population through a Griko language name which defines the family’s talents. Martano is a fortified village which maintains an inhabited core with two towers, a castle, several palaces (Palazzo Moschettini, Micali, Stampacchia, Pino) and many “court houses”. Defined as the "Earth" because surrounded by walls with moat, towers and castle, the oldest part of Martano is the most cultural interesting village in Salento. The ancient village made of small court houses with outstanding architectural solutions remained intact. Court houses are the typical ancient families buildings. The ancient rural families found in common houses a common space to socialize. Often the space of the "common court" was available for seven, eight families at the time. Martano is rich of catholic religious monuments. There are many churches and sacred buildings: the Matrix Church; The Chapel of the Angels; Convent of the Dominicans; Convent of Santa Maria della Consolazione; The Municipal Cemetery. Into Martano’s territory there is also an archeological site called Apigliano. 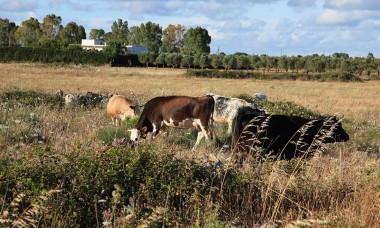 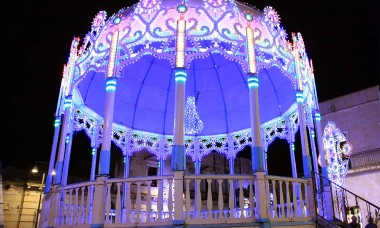 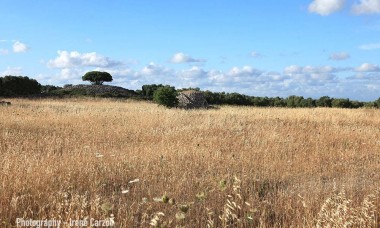 Apigliano is an ancient urban settlement dating back to the Byzantine Era. The earliest evidences mention the existence of a Byzantine village. Foundations of drywall and “furnaces” (the typical stone building, similar to the Trulli) defines the presence of a settlement of some importance, since in the X a.c. Apigliano village today is an archaeological site, located in Martano, in a countryside area that can be crossed by bike. A mystical breathtaking natural path, where time seems to have stopped to give space to the uncontaminated Salento’s wildlife.